I was a soldier once. I fought with valor and fought tirelessly.

A fish of life, a fish of love, a fish with big eyes of luster and longing.

And then, from nowhere, one fine day, one fine moment, a fish swam to me.

A fish of life, a fish of love.

I held her close. I lived for the fish.

I loved her more, each day.

I lied for her. I ran for her.

Heck, I even changed my plan for her.

And then, as I always feared,

And then, as I always knew,

Because I know I am a cursed lover,

And then, it happened...

When I was young and naive, I thought that my life and experiences are so unique. But then, when I became old and naive, I understood that everything that I have lived through has been lived through and even written about by others. I found nearly all my experiences in some parts of the literature or the other. I think, in this blog only, I wrote some posts about that feeling.

However, as it was bound to happen, I grew up to become older and naive... And that is why, a few days ago, I realized it yet again. That my life is not only lived and written through literature. It is all around me. Sample this - can you imagine someone listening to some popular Punjabi pop songs and finding bits and pieces of their own life, dreams, and nostalgia in that? Serious pieces! Sounds ridiculous, right? Well, c'est la vie!

And if at this point you think that I am going to tell you those songs and resemblance I found... you are right! Or, on second thoughts, let it be! Baat niklegi to phir door talak jaayegi... Or as someone sang in a Punjabi song: Sadde Palle Vi Jo Rone Geya Pa... Kitte Koi Ronda Hovega!! 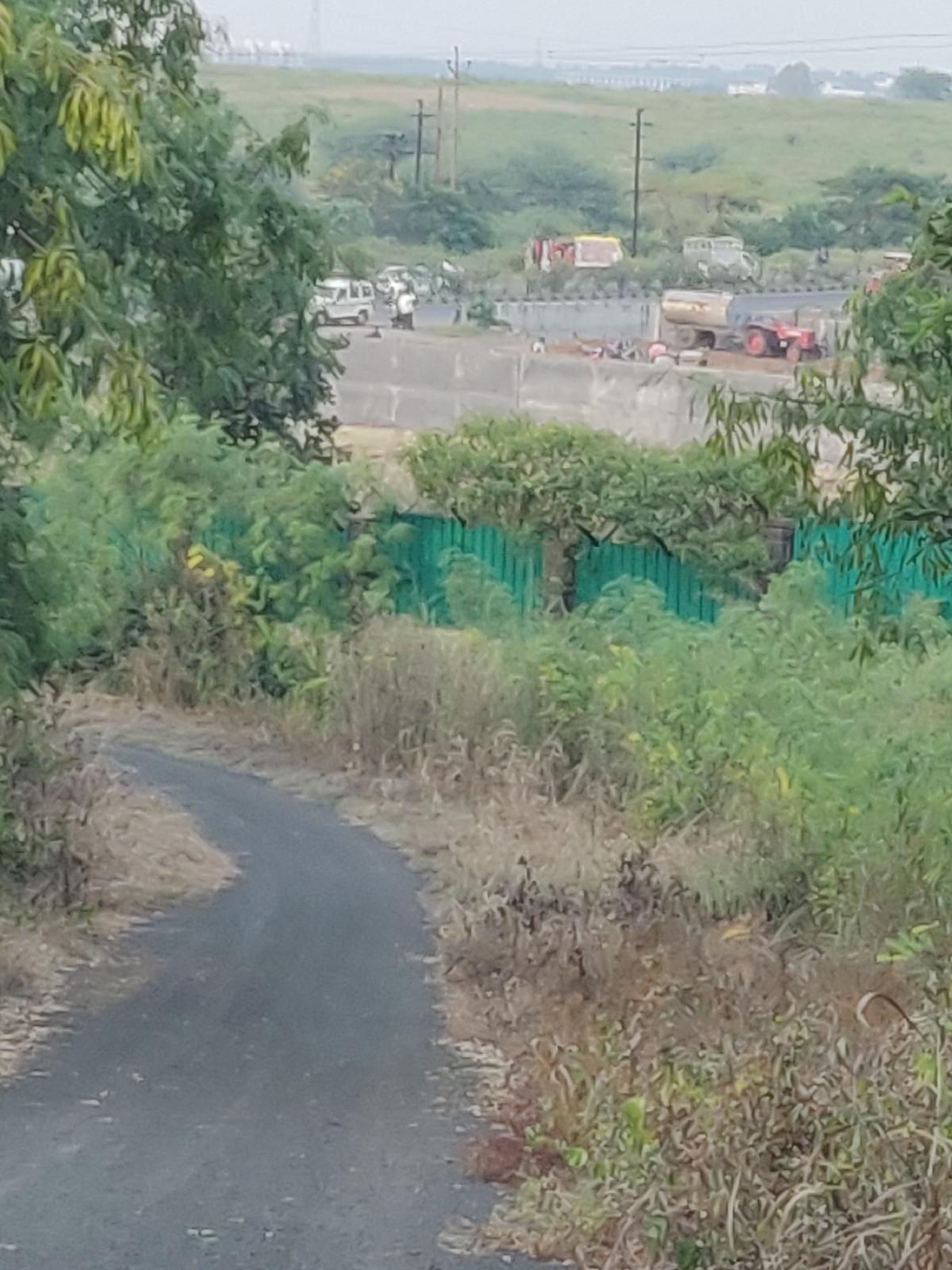 The tiny pleasures of intelligent interactions

So I finished my first fully-online course last week. It was a tiresome experience to talk to the screen in an empty classroom. The only solace was that nobody fell asleep in my view. I was apprehensive if the online mode of delivery is going to be a disaster or just a disappointment. However, multiple mails of appreciation after the last session were reassuring that I did okay and the class somewhat liked it. Maybe that, or they are too naive. And then, I had another thought-provoking interaction with a young and bright mind over Whatsapp. Just copying that message from a student and my reply here for posterity, with no editing other than some typos.


From the student, a single long message:

I came across something really cool and it'd be great if you could share your views from an economic and public policy point of view. So from what I came across, the reason for inequality in society is that wealth distribution follows a Boltzman Distribution, which makes the upper tail very long and drawn out, and the lower tail very crunched up. Which effectively explains the increasing economic inequality in society.

Furthermore, even if a society starts off from a paradigm of equality (a flat line), it inadvertently shifts toward a paradigm of inequality and the Boltzmann curve begins to form. A prominent case in point is Israel. (one implication of this is that inequality is inherent in nature - from a Darwinian approach it already is).

Now here's where my mind gets blown, the reason for the Boltzman curve is that the money multiplication paradigm works differently for rich people and non-rich people. Rich people have access to financial instruments that allow their wealth to increase exponentially (for example stocks, derivatives, real estate etc), but the non-rich depend on just their wages/salaries which are largely immobile.

So, my question is, does making the stock market more accessible to the poor (coupled with imparting financial knowledge to the poor) solve the problem of inequality to a certain extent at least in theory?


From me, 4 long messages (I give such long replies so that people don't bother asking more).

Boltzmann distribution works very well in physics. However, in economics, there are several caveats. Before that, one correction - increasing economic inequality in society is a grand leftist myth. What has actually happened is that from everyone at a very poor or sustenance level, everyone has become better off. Some faster than others but overall poverty has drastically fallen. Even the so-called poorest of the poor are far better off. For more nuances on that, you may want to read Hans Rosling's Factfullness.

Next, Boltzmann empirical correctness:
So in income distribution, it works well in moderate or middle-class income generation societies. However, in the very low (like sub-Saharan Africa) and very high-income societies, this may not hold. Something else, generically called power law, holds true for both ends of the society.

Coming back to moderate-income or middle-income societies, Boltzmann may hold. That is why, some middle-class people fall off the cliff and some become richer, based on the investment decisions (not only financial but also social, intellectual, networking, and time investments).

Now, the last bit of your observations -
1. Rich people have access to financial instruments that allow their wealth to increase exponentially (for example stocks, derivatives, real estate, etc), Not entirely true. The rates of return and the underwriting of the risk are often huge and while we may quote a few success stories, the failure stories are way more numerous. So how do they become or remain rich? Because the social network, knowledge, and institutional support that the rich can garner is far superior to what "poor" people can  (good moment to think how your IIM degree throws you in a superior league suddenly and that is why it is coveted)

2. but the non-rich depend on just their wages/salaries which are largely immobile - again, partially true. A more correct reason is that they rarely ever generate any significant surplus to invest. They also fail to invest in knowledge and networks (or invest but the quality is poor). Think of poor, semi-literate, small-town people or people who spent their surplus in Lovely University. That decides a perpetuating of low returns.

my question is, does making the stock market more accessible to the poor (coupled with imparting financial knowledge to the poor) solve the problem of inequality to a certain extent at least in theory?

No. For several reasons, like lack of surplus funds, poor risk appetite (I can afford a 10% loss on my 30 lakh portfolio but they can't take 10% of their 3 lakh portfolio). Also, knowledge is less about how to invest and more about where to invest and at what time, how to compare returns, and how to time-value the money. Most people (poor as well as rich) fail in that.

Then what can be the solution? - Ask the right question!

If the question is income inequality, there needs not to be a solution at all. Some people ought to be rich, some poor, some middle class, and that is totally fine as long as everyone is law-abiding and ethical.

If the question is basic dignified existence for everyone, rich and poor alike, then the solution is possible but not easy. The solution is two-fold -

At the individual level - people, as well as government, shall facilitate income-oriented education and skill-building. Basic healthcare and health insurance should be universally available. Safety and security (law and order + disease-free) is jointly promoted by society.

At the systemic level - if you see closely, our systems fail the poor and keep them powerless. Like inefficient and over-burdened police, extremely entitled and inefficient judiciary, unlawful activities protected by the slumlords, mafia, politicians, and police alike, and many more, like poor public policymakers (keeping education and health in pathetic shape), and so on. Solution - Institutional modernization, meritocracy, and emphasis on performance matrices. If you want to read more, this falls under institutional economics. You may start with Why Nations Fail by Daron Acemoglu and James Robinson or with Ruchir Sharma's Breakout nations.

Sid
Hi, I am Siddhartha. Originally from Lucknow, holding a doctorate in Economics from IIM Ahmedabad and now a professor of Economics at IIM Indore. Wanna do thousands of things... one of which is blogging :)